1-Min-Read
No comments on Depression and HappySad People 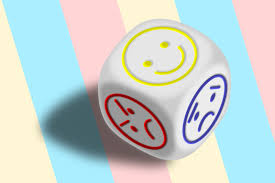 “This is one of those observations that is both obvious and (upon exploration) deeply profound, and it explains all kinds of otherwise puzzling observations. Which do you think, for example, has a higher suicide rate: countries whose citizens declare themselves to be very happy, such as Switzerland, Denmark, Iceland, the Netherlands, and Canada? or countries like Greece, Italy, Portugal, and Spain, whose citizens describe themselves as not very happy at all? Answer: the so-called happy countries. It’s the same phenomenon as in the Military Police and the Air Corps. If you are depressed in a place where most people are pretty unhappy, you compare yourself to those around you and you don’t feel all that bad. But can you imagine how difficult it must be to be depressed in a country where everyone else has a big smile on their face?”

Gladwell, Malcolm. “David and Goliath: Underdogs, Misfits, and the Art of Battling Giants.”