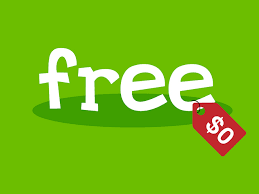 “Let me tell you a story that describes the real influence of FREE! on our behavior. A few years ago, Amazon.com started offering free shipping of orders over a certain amount. Someone who purchased a single book for $16.95 might pay an additional $3.95 for shipping, for instance. But if the customer bought another book, for a total of $31.90, they would get their shipping FREE!
Some of the purchasers probably didn’t want the second book (and I am talking here from personal experience) but the FREE! shipping was so tempting that to get it, they were willing to pay the cost of the extra book. The people at Amazon were very happy with this offer, but they noticed that in one place—France—there was no increase in sales. Is the French consumer more rational than the rest of us? Unlikely. Rather, it turned out, the French customers were reacting to a different deal. Here’s what happened instead of offering FREE! shipping on orders over a certain amount, the French division priced the shipping for those orders at one franc. Just one franc—about 20 cents. This doesn’t seem very different from FREE! but it was. In fact, when Amazon changed the promotion in France to include free shipping, France joined all the other countries in a dramatic sales increase. In other words, whereas shipping for one franc—a real bargain—was virtually ignored by the French, FREE! shipping caused an enthusiastic response”